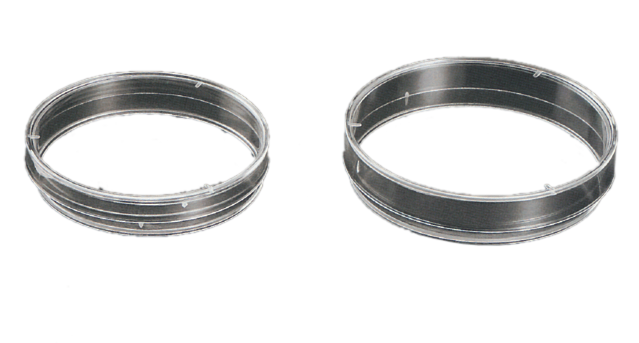 A petri dish is a shallow and flat container composed of an outer edge that holds a circular or square substance. It has been used in lab settings to grow cultures of microorganisms and remains popular today.

What is a Petri Dish?

A Petri dish is a small, shallow dish that is used to grow cultures of bacteria or other microorganisms.

How does the Petri Dish work?

The Petri Dish is a tool that is used in laboratories to grow and study bacteria and other cells. The dish is composed of a plate and a lid, both of which are made of glass. The plate has a shallow depression in the center, while the lid is slightly concave. To use the Petri Dish, scientists first inoculate the plate with a sample of bacteria or other cells. They then place the lid on the plate and incubate the dish at a temperature that is conducive to cell growth. After a period of time, the cells will have multiplied and will be visible to the naked eye. Scientists can then study the cells under a microscope.

1. Standard Petri Dish - These dishes are the most basic and versatile type of dish, making them ideal for general purpose use in the lab. They are available in a variety of sizes, but the most common size is 100mm x 15mm.

2. Bottomless Petri Dish - These dishes have no bottom, making them ideal for use with liquids or gels. They are also useful for performing filtration experiments.

3. Deep Well Petri Dish - These dishes have a deeper well in the center, making them ideal for culturing bacteria or other organisms that require a large volume of growth media.

4. Membrane Petri Dish - These dishes have a thin membrane stretched across the top, which is useful for holding cells in place during microscopic analysis or for growing bacteria on agar plates.

5. Vortex Mixer Petri Dish - These dishes have a small vortex mixer built into the lid, which is useful for mixing cells or solutions without having to open the dish.

6. Magnifying Petri Dish - These dishes have a small magnifying lens built into the lid, which is useful for viewing cells or other small objects. 7. Heating Petri Dish - These dishes have a heating element built into the bottom, which is useful for growing bacteria or other organisms at elevated temperatures.

8. Cooling Petri Dish - These dishes have a cooling element built into the bottom, which is useful for growing bacteria or other organisms at reduced temperatures.

Laboratory Petri Dish, Within the context of education, a Petri dish is a metaphor.  It represents the close examination and relationship building with students in order to thoroughly understand them.  Many educators and educational institutions use this tool as an initial step in addressing performance disparities among student groups

Similar to when a biologist uses a Petri dish, Nexgen the examination itself requires the person(s) conducting the examination to contextualize their observations.   In education, these observations typically result in deficit thinking regarding the perceived abilities of students, who by now are grouped using terminology that gently ostracizes them (ie struggling learners, at-risk, etc.). While the educational institution learns an exceeding amount about these students, what they do with the information is crucial.  Knowing what students need in order to be successful, the places they come from, and their personal stories can, at best, provide students with supports designed to help them and, at worst, be used to force them into becoming more like the dominant group (affirmation through assimilation).

Educators who truly and authentically attempt to understand their students through empathetic and open-minded observations and actions should be commended.  This is where the Petri dish in the educational context is considered an effective strategy.

At the same time, Laboratory Petri Dish educators who pass judgment on marginalized student groups or their culture(s) perpetuate the same practices that produce performance disparities among student groups. Like the Petri dish, the mirror is also a metaphor within the educational context.  This term represents self-reflection that leads to a change in practice for students.  Essentially, it all boils down to what YOU change in order to increase positive outcomes for ALL students. For decades, educational institutions’ theoretical beliefs have been aligned with the notion that we will do anything to ensure our students’ success.  Practically, the actions of the organization have been, we will do anything to ensure our students’ success, except change the structures &/or people that promote disparities. Similar to when a beautician provides you with a mirror at the end of an appointment for final approval, in a sense, you have control over what happens next.  You can either give the okay and proceed accordingly, or you can request/demand changes.  I believe that in education, we have to do a better job of processing past the superficial when we are looking in the mirror.  Taking ownership of learning outcomes can be difficult, personal, and emotional work, but it can also serve as an opportunity for us to implement practical strategies that support the theoretical beliefs of the organization.