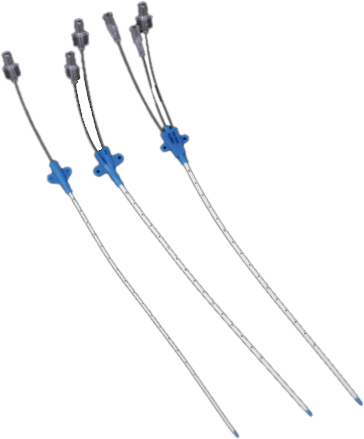 A central venous catheter is inserted into a vein, usually below the right collarbone, and guided (threaded) into a large vein above the right side of the heart. It's used to measure blood pressure, collect blood samples, drain fluids from around the lung or heart, and give medicine.

What Is A Central Venous Catheter?

A central venous catheter (CVC) is a long, thin tube that's inserted through a vein in your neck or chest and passed through to the large vein near your heart. A CVC is used when intravenous (IV) access is needed for a long period of time, such as for cancer treatment or for people who need frequent blood transfusions. A CVC can also be used to draw blood or give fluids and other medications. The risks of having a CVC include infection, bleeding, and air bubbles in the bloodstream.

How Does A Central Venous Catheter Work?

A central venous catheter (CVC) is a long, thin tube that's inserted into a large vein in your neck, chest or arm. The tube is threaded through the vein to the right side of your heart. A CVC is used when you need long-term access to a vein for treatment or for blood tests. It's also used to give you fluids, nutrients or other medications. inserted into the body and threaded through veins with the help of a guide wire. Once in place, the CVC is sutured or taped in place so it doesn't move. A dressing is then applied over the insertion site. The CVC has two lumens, or openings. One lumen is used for drawing blood and the other is used for infusing fluids or medications. The CVC is connected to an external bag or pump that controls the flow of fluid or medication.

When Can A Central Venous Catheter Be Used?

A central venous catheter (CVC) can be used when intravenous (IV) access is needed but a peripheral IV catheter cannot be used. A CVC may also be used if a patient needs long-term IV access or if they need to receive certain types of treatment, such as chemotherapy.

Signs and Symptoms of a Central Venous Catheter Leak

There are a few signs and symptoms that may indicate a central venous catheter leak:

-Sudden onset of shortness of breath

-Chest pain or tightness -Swelling in the neck, chest, or arm

If you experience any of these symptoms, it's important to seek medical attention immediately as a central venous catheter leak can be life-threatening.

Who Shouldn't Get A Central Venous Catheter?

There are some people who shouldn’t get a central venous catheter (CVC). These people include:

-People who have had a previous CVC that resulted in complications 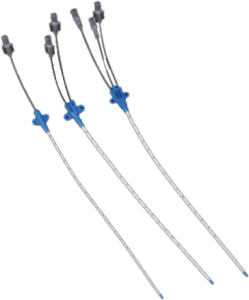