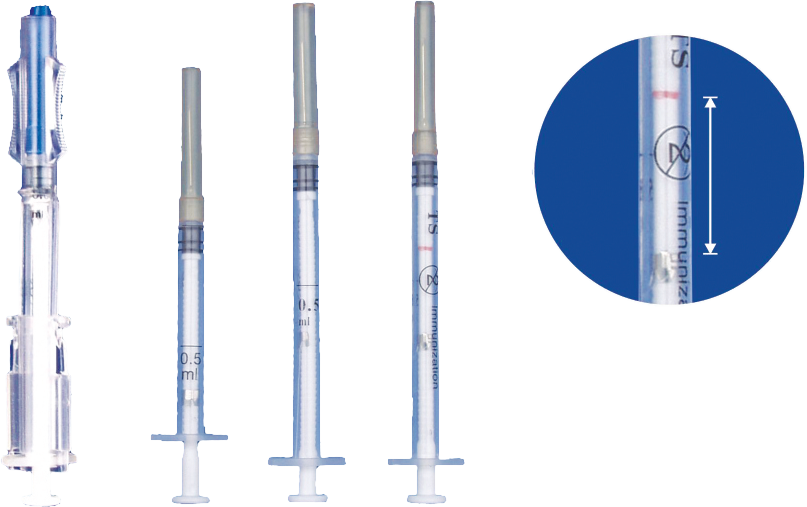 What is a Microinjector Syringe?

A Microinjector Syringe is a small, disposable syringe that is used for injecting very small amounts of liquid into a patient's body. They are usually used in medical procedures such as IVF (in vitro fertilization), where a small amount of fluid needs to be injected into the patient's body. Microinjector Syringes are also sometimes used in cosmetic procedures, such as Botox injections.

What are the benefits of a Syringe?

The syringe is a medical device that is used to inject fluids into the body or withdraw fluids from the body. Syringes can be either disposable or reusable. Disposable syringes are made of plastic and are intended for single use only. Reusable syringes are made of metal and can be used multiple times. Syringes are used for a variety of reasons, such as to administer medication, to withdraw blood for testing, or to inject contrast dye for imaging tests. Syringes are also used in industrial applications, such as in the automotive industry to lubricate parts. The benefits of using a syringe include:

-They are sterile and disposable, which reduces the risk of infection.

-They are easy to use and require no special training.

-They are less likely to cause tissue damage than other methods of injection, such as needles.

-They can be used to deliver a precise amount of medication or other fluid.

How to use a syringe properly?

When you are ready to use your syringe, remove it from the packaging and check that the plunger is in the correct position. The plunger should be all the way down at the bottom of the barrel. If it is not, gently push it down until it is. Next, take off the protective cap from the needle and attach it to the barrel of the syringe. Make sure that you do not touch the needle or anything else with the hand that you will be using to hold the syringe. Now, find a vein on your arm or leg and cleanse the area with alcohol wipes if they are available. Once you have found a vein, insert the needle into it at a slight angle and depress the plunger slowly until all of the medication has been injected. Once you have injected all of the medication, withdraw the needle from your vein and release any remaining pressure on the plunger by holding your finger over the end of the barrel. Finally, dispose of your syringe in a sharps container or other designated disposal container.

Why Disposable Microinjector Syringes are used for injection?

There are many reasons why disposable microinjector syringes are used for injection. One reason is that they provide a more comfortable and less invasive way to administer medication. They are also less likely to cause infection and are easier to use than traditional syringes. Another reason why disposable microinjector syringes are used for injection is that they allow for a more precise dose of medication to be administered. This is because the syringe can be calibrated to deliver a specific amount of medication. This is important when administering medication that needs to be closely monitored, such as insulin or other medications used to treat diabetes. Lastly, disposable microinjector syringes are often used because they are cheaper than traditional syringes. This is because they do not need to be sterilized after each use and can be disposed of after a single use. This makes them an economical choice for both hospitals and patients.

Sterile Microinjector Syringe is widely used in Clinical application. You should pay attention to the flowing points when in Clinical Application of Sterile Microinjector Syringe. 1. In the intramuscular injection and adds the medicine processing Cuts the bag with the scissors from an end, slides the injector from the bag, took down (attention this time not to pollute bag and inside cap). After pulling out the medicine, re-set the cap in the needle, the needle head end should be in the bag. That's means the hat played the ampoule role, the bag has treated turban's function, the needle had the dual protections. 2. during drawing blood process After drawing blood finished, after and so on blood take in the test tube, then the placement of the needle cap , preventing when took the needle, patient's blood pollutes own hand or contaminated needle stick forward; Prevents blood dropping elsewhere; easy to destroy . 3. When the ampoule breaks off Statistics show that around the world each year about three million healthcare workers who suffered from hand ampoule injury accidents, such as disposable syringes needles for hand ampoule safety significantly. Removed the disposable syringe needles nipple, 20ml syringe in 10ml or 12ml syringe calibration syringes Department removed the tail, respectively, for the break with both hands 5ml, 10ml ampoule, 5ml syringe in the 3ml scale in the production of the same Act, with both hands 2ml ampoule, simply use ampoule can be put in the syringes. 4. Suction latex Order now Sterile Microinjector Syringe from Nexgen Medical. Our healthcare products are hygienic and properly sterilized and are supplied at industry leading prices. 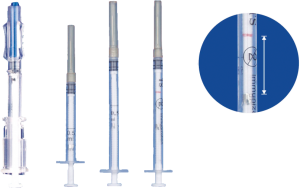